if you have driven by the Brickell CityCentre lately, you will see that the hotel, East, is in construction overdrive! What a great choice for an anchor restaurant and for all of the Brickell Area!!

Swire Properties President Stephen Owens told a forum last week that ‘there’s no question’ that sales of condos at Brickell City Centre have slowed down.

Owens told the audience that the market is ‘at half the pace’ compared to last year. He blamed it on more discerning buyers, and said that it was a sign of a healthy market. His comments were reported by The Real Deal.

As of March, 17% of units at Swire’s Brickell City Centre RISE condo tower has been sold. That compares to nearly 80% sold at REACH, which launched sales earlier.

Dezer Development president Gil Dezer echoed Owens’ sentiments last week, saying that ‘there’s the same number of buyers’ as before, but more projects. He also said that it was now a healthier market, and that it wasn’t ‘normal or stable’ when units were selling out as fast as they were last year.

via Swire Chief: Condo Market ‘At Half The Pace’ Compared To Last Year, But Healthy.

Most of Swire’s Brickell CitiCentre to finish by 2015

As work crews continue testing and prepping the site in Miami where Swire Properties is planning Brickell CitiCentre, the developer announced it has received a $140 million credit facility to fund operations and the initial development cost.

HSBC Bank USA is providing the credit facility, which Swire said would allow the developer to do more design, development and cover the initial construction costs, according to a statement released Tuesday.

The six-building project is planned for 9.1 acres between Brickell Avenue and South Miami Avenue, from Southeast Sixth Street to Southwest Eighth Street.

Located in the center of Miami’s financial district, Brickell CitiCentre will include 520,000 square feet of shopping and dining, three office buildings, two residential towers and a 243-room hotel with 93 apartments.

The project will be developed in two phases, with all elements of the ﬁrst phase, except for one office tower, scheduled for completion in 2015.

A Feb. 15 news release said the third office tower would be completed by 2018, but the Tuesday release said market conditions would determine when the 750,000-square-foot structure would be built.

“Miami’s economy is benefiting from investments by its neighbors from South America, and we see strong growth potential for the city,” Swire Properties CEO Martin Cubbon said in the Tuesday release. “The location of Brickell CitiCentre offers an excellent opportunity to draw market share from local businesses and residents as well as visitors.”

In September, the Business Journal reported that the developer planned to dedicate 95,000 square feet of the project to medical offices and a wellness center. 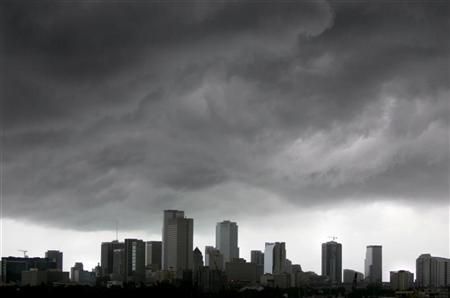